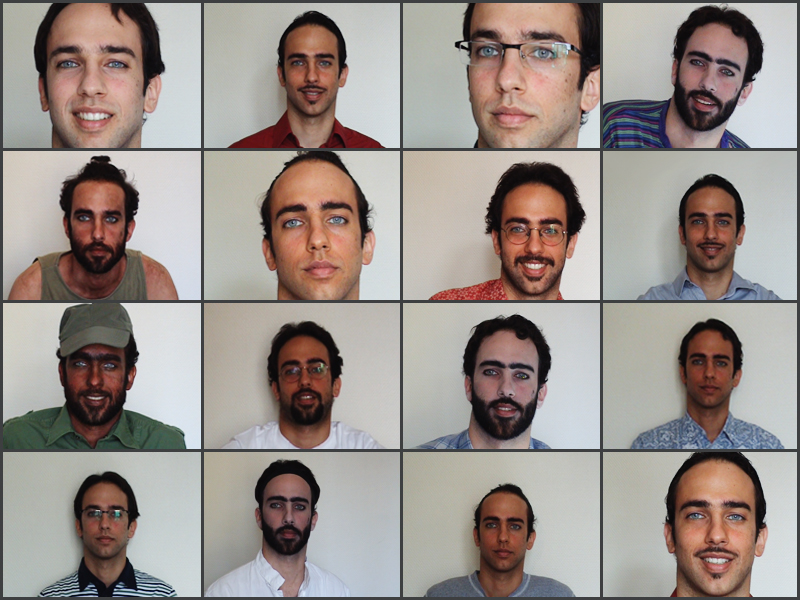 When the body tries to join the identity of a voice and a path.
I first recorded voices of people coming from foreign countries and living in France, asking them to tell me their geographical journey (from their places of birth to Paris). Based on the voice recording and each of them, I changed my physical appearance trying to find what face, what posture, what physical appearance I would have had if I had had the same story.
The video is a continuity of sequences in which each voice recording is broadcast as a voice over on the video while I play the „character” corresponding to the voice.